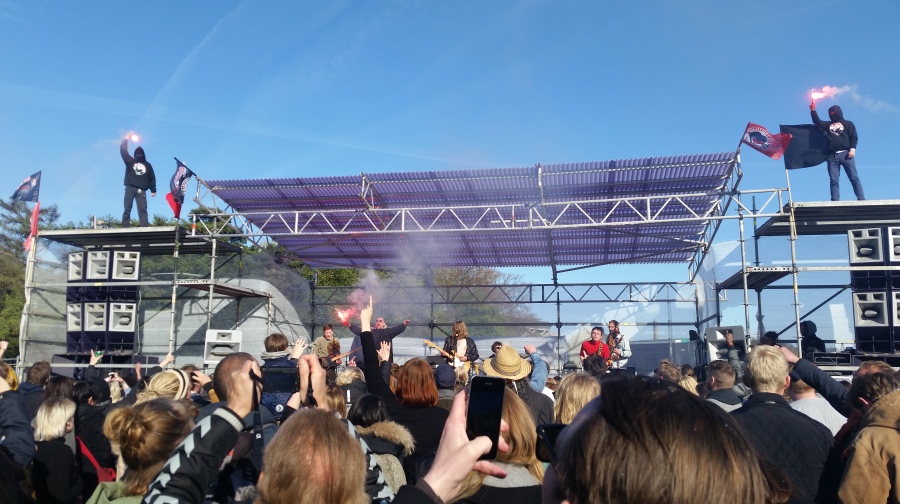 In Copenhagen we say Happy red first May, and Green Beer. There is demonstrations from all over the city and they all end in Fælledparken. Here there will be Speeches, concerts, exibitions and a lot of beer drinking. The revolution is far away, but people are having a good time. So go to Fælledpark and drink some beer. The weather wil be cold and windy, but no rain. In the evening, there will be concerts around the city, specially in Nørrebro. Ungdomshuset and Kroteket
I will be found at the AFA party.

After the Papirøen foodmarket closed in december 2017, there has been a long way to cheap food near the center. But now it comes. Just across the bridge from Nyhavn, you can find new street food stalls, selling relatively cheap food for Copenhagen prices. And there are also beer for sale, and of cours it is not the cheap Carlsberg beer. It is expencive crafted micro brewerie beer. But it tastes good.

And what to do on a wendesday? Well you can go to Alice and listen to nice nice soft mellow Kora music, and dance a little around. The kora is played by Dawda Joabarteh, and with him there is a band af some of the best Jazz musicians in Copenhagen. Sounds really good. https://www.youtube.com