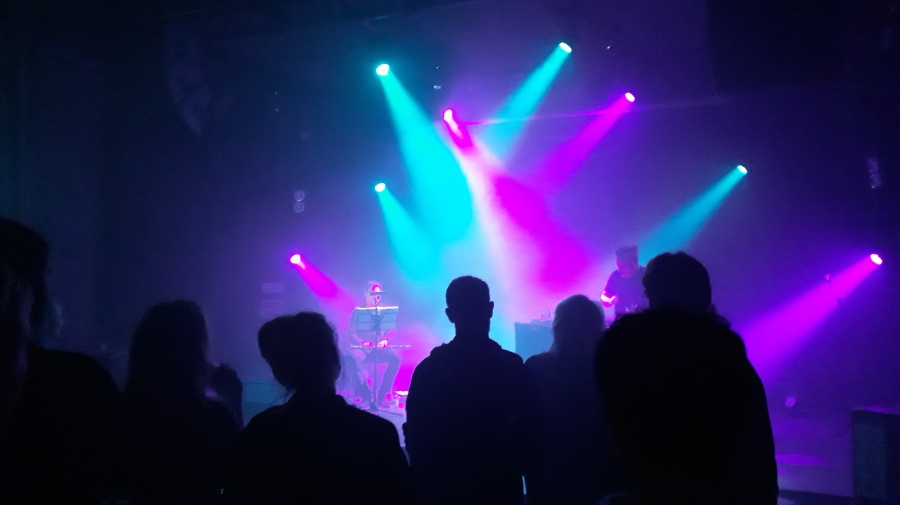 It seems like the city of Copenhagen is finally awakening after Christmas and January. So now all the venues are open again, and there is a lot of good live music. Also the Winter Jazz Festival is still here with many interesting Concerts. And there is also the Copenhagen Light Festival around the harbour and the old City. So keep up the good spirit, and don´t let the winter take over your mind.

Wednesday 6th
For a very special introvert experience head for Alice. And how often do you listen to Music from The Samish community in Northern Scandinavia? Well the chance is here when Vassvik are performing.
He is singing in the local way: Joik. Torgeir’s Joik goes beyond words and is embedded in the sound of a 3-stringed guitar and violins

Thursday 7th
Its World Class Hip Hop in Pumpehuset. Jay Rock from The Top Dawg Label is drifting by. He has been paving the way for People like Kendrick Lamar, so its a big shit SOAB who is here. Its sold out, so you have to do some leg work to get a ticket.

Its so good to be doing this!!! Sometimes I just stumble on some really good names I Never heard of before. Like Hodja Which is a band that are touring the world, and playing Trash Blues Rock. Like Rack & Bone Man style. You can find me at the floor on Lygtens Kro.

When Billy Cross came and settled down in Copenhagen 30 years back, we were all a bit Starstruck. He had just been playing with Bob Dylan. Well he is still here, performing Blues and Jazz. This time at Bartof Station near the Frederiksberg Centre. Part of the winter Jazz Festival.

Jazz and New Circus are the ingredients when AFUK In Kongens Enghave are opening the doors. Its the performers from the AFUK School , who are performing while the 3 string band Twang band are making the sounds. It might be interesting if you are nearby.

MotorQueens from Italy are visiting High Voltage. Its a Motorhead tribute band, so It might be a good evening to find your Jack D shirt and your favourite boots. They are supported by a local Metal band.

Winter jazz is a lot of things. Last time I saw the Orgelheimers was at Gutter Island Garage festival, but now they are embraced by the Jazz community. Its mostly cover versions, but they know how to keep a party going. Its at Kayak Bar, by Knippelsbro so there are also swimming opportunities https://www.facebook.com/events/369440540481996/

Prince has past away, but The Revolution keeps going on. His old backing band is still going strong, and it will be a funky evening at Vega . The Musicians have been spread out all over world with different projects but have assembled again. Its sold out and the price of 445 Kr. is hefty, but if you are a fan, you find your way.

Saturday 9th
For Stoner Rock Fans John Garcia is the High priest. He started with Kyuss in the 1980´s and has since been in other bands and going solo. So what you can expect at Loppen is a man who has a great experience, not to mention a really good voice. Listen to his new stuff I cant help thinking about Rocky Eriksson from 13th floor Elevators. But there is also some really good Stoner Rock.

Gyedu-Blay Ambolley is a man from Takoradi in Ghana. Since the 1970´s he has been performing with his own kind of music. Very smooth, jazzy, funky, danceable music. Like a good brandy it is smoothing around your body. So I if you need to dance the winter away. This is it . Its in Alicecph

If you are in for Trypical Cumbia at Operaen Christiania, you better come early. The place is small and quickly gets sold out.
Their take on Latin American music is guaranteed to make your legs dance! Trypical Cumbia’s sound is powerful, tight and fast with a juicy leading saxophone and rich percussion. Cash only !!!

The Bowery Room is a monthly club In Råhuset at Onkel dannys plads – Vesterbro. They book Garage and Rock bands. This month it is Room52 (Doom), Glue Kiss (Garage) and Me&Munich (Noise rock). Råhuset has very good beer in the bar at cheap prices.

War of Destruction is a pretty old band from the 1980´s punk scene. Still performing they are at Underwerket, supported by two other good bands: Ond Tro + Direct Youth. So if you miss some hardcore punk, and need to be blasted through and forget about Winter: This is the place. Remember Ear Plugs.

Sunday 10th
“Acid på svenska” is a remix of jan Johanssons legendary Record “Jazz på Svenska”. Its not so Acid like, but just the same tunes in an Electronic Version. The Venue is Brossons Kirken, Rantzausgade, Nørrebro. And BTW: Did you know that The tune of Pippi Long-stockings is written by Jan Johansson?

Brass Against. WTF is that? Well its a 9 piece brass band making covers of new bands. So they have Rage Against Machine – Pantera – Public Enemy and others on the play list. And with a very enthusiastic and political singer it could be a very good Concert. Its in Lille Vega, so its quite expensive on a Sunday.

Monday 11th
If you have nothing to do this Monday, then try to see if you can hustle some tickets to KOKOKO at Alice in Nørrebro. I heard them last year at Roskilde Festival, and its a really good live band. They are from Kinshasa, Congo and play Congotronics on self made instruments. Its sold out, so you have to find a way to get the tickets.

Low is a brilliant name for the US Shoegazer band, performing in DR´s Koncerthuset. Its Minimalistic, introvert and a little bit depressing. Some also call it slowcore. A good time to think about what when wrong with your life, and how you ended here. I saw them in Stengade in the 90´s , and i´m still thinking. There´s a waiting list.

Tuesday 12th
Veronica Torres from Pill (US) has a really remarkebly soft and harsh voice, giving the Post Punk Indie band some etch. Its at Loppen and what else to do on a Tuesday.