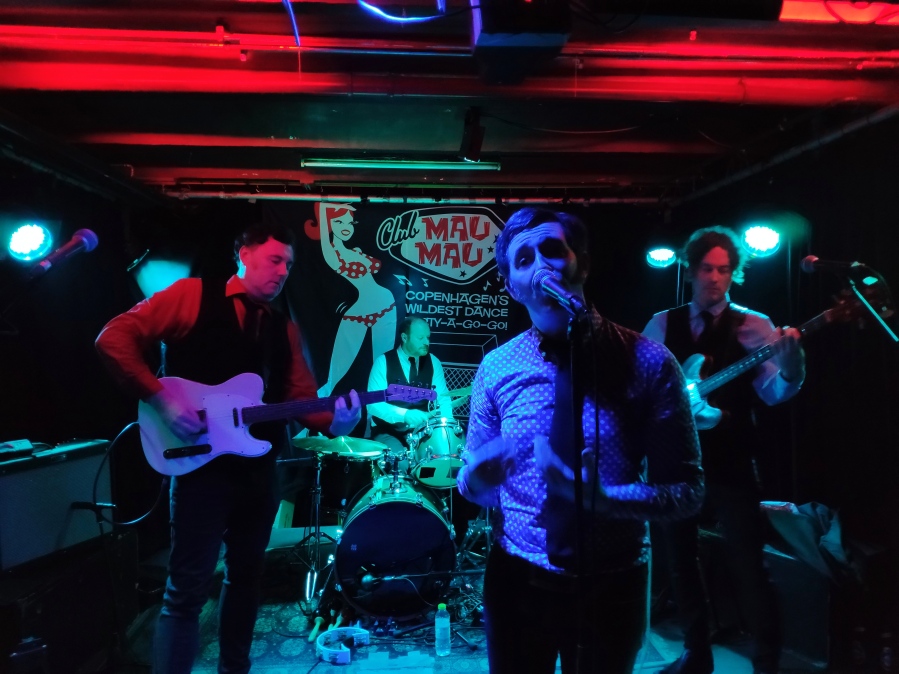 We are entering X-Mas Month and Black Friday craziness, but luckily there are also somebody clever, who has invented Buy Nothing Day or Green Friday. I think I have enough of material things already, so I am doing like I always do – and buy the food I need. Which is not much, because I am also a Dumbster guy.
So stay cool. The material things will not make you a happier person. Love, affection an live music will.

X-mas markets are starting up, and you can find one in the weekend at Blågårds Plads. Jægersborggade Designmuseum Den Røde Plads Admiral Gjeddes Gård
Drinks some Gløgg and good Christmas Beer and eat some Brown Cakes and pepper nuts.

The Copenhagen Roller Derby Team are inviting for a Bout at DGI Byen, against the Madrid Cats. Its great fun and only 40 kr in entry.

Thursday 28th
Frank Zappa is no more but you have the chance to see his soon Dweezil Zappa Performing the old Hot Rats album from 1969. It will be a great show for the Fans with extreme good music. Check out the Hot Rats Album here.

This weeks Reggae / Dub event is at Loppen with Lila Ike straight out of Kingston Jamaica. Supported by Kaka and some DJ´s it will be a an evening at Loppen with many rhymes and social responsible lyrics.

Theres some pretty hard experimental techno at Alice with Atrid Sonne. Also performing is Minais B which is more dreamlike ambient.

Friday 29th
Temples is a British band inspired by the 1960´s band like late Beatles, in a sort of psychedelic way. Here they are at Loppen, and I believe it will be a fabulous concert.

In Raahuset Jaguar Moon is releasing a new EP. Its simple, dark, minimalistic, atmospheric music with a good vocal, and you should give them a chance.

It´s on time that you get some Irish into your blood. The Dublin based four-piece Lankum are forging music that is dark, mysterious and transcendental. They are at Alice in Nørrebro

In Ungdomshuset, they have a four piece evening headlined by Venstres Venner and War Of Destruction from Aarhus. Both are pretty old Punk Bands, and still going strong. Speedpik and Cage Battle are also on the poster. Cash Only

In my own little neighboorhood you can find Urban 13 under Bispebuen. They have some pop music on the programme. Camelo and Seasex

Operaen in Christiania, has a Rap and Hip Hop evening with a lot of new names and rhymes. Fill your pockets with real Cash before coming.

Saturday 30th
Mdou Moctar is another new face on the Saharan Desert Rock scene. They are from Niger and are Tuaregs singing in the original language. Loppen are putting up the stage.

The two last time I have been at a Napoleon Solo concert I got laid. Will it happen again? I think YES 😀 . The Ska band are this time entering the stage at Raahuset in Halmtorvet Vesterbro.

Anti Fascist Punk concert at Ungdomshuset D61. Dårligt Selskab, Meat Fist, and Mötorizer are entering the stage. Dårligt Selskab is an excellent band, and it´s the first time in a couple of years they are on stage, so don´t miss the chance. Bring cash

If you like this sort of metal that sounds like Eurovision you should go to Pumpehuset and Dutch Delain. Then you will not get disappointed.

Salsa at Operaen with Brazilian A Banda Band playing samba, samba-reggae, frevo, marchas, afoxe, maracutatu. There is also a Carnival like dance Show, so get going all you latin lovers.

Dub Healers are out at Bolsjefabrikken in Østerbro, so bring your smoke and start swaying for. And bring cash for the Bar and the Donation entrance.

You should give Vanishing Twins in Vega – Ideal Bar a chance. Its strange futuristic pop music, and sounds like nothing you ever really heard before. A lot of strange sounds and comments to the strangeness of every day life.

The Smoky Jazz lovers, can find there way into Christiania Jazz club and Lærke Corfix.

Sunday December 1st
Get ready for some Hard core Punk at Amager Bio – Beta. Employed To Serve are playing, and they are a great band that will tear the dance floor to pieces.

Boris are Japanese, from 1992 and are performing a blend of Punk and rock with a very high energy level. They are one of the most innovative bands in the Underground heavy environment. So go to Lille Vega, and get a new experience.

White Lies Broke through ten years ago, and now they are back at Store Vega, with there Pop rock. They are playing there Debut album “To lose my life” from start to end .

Monday 2nd
It´s not often we get Malaysian artist but here is Yana which is soft pop and R´n B. Its out on Amager Bio – Beta

Stig Møller & Peter Ingemann in drop inn!!! Every first Monday in the month.