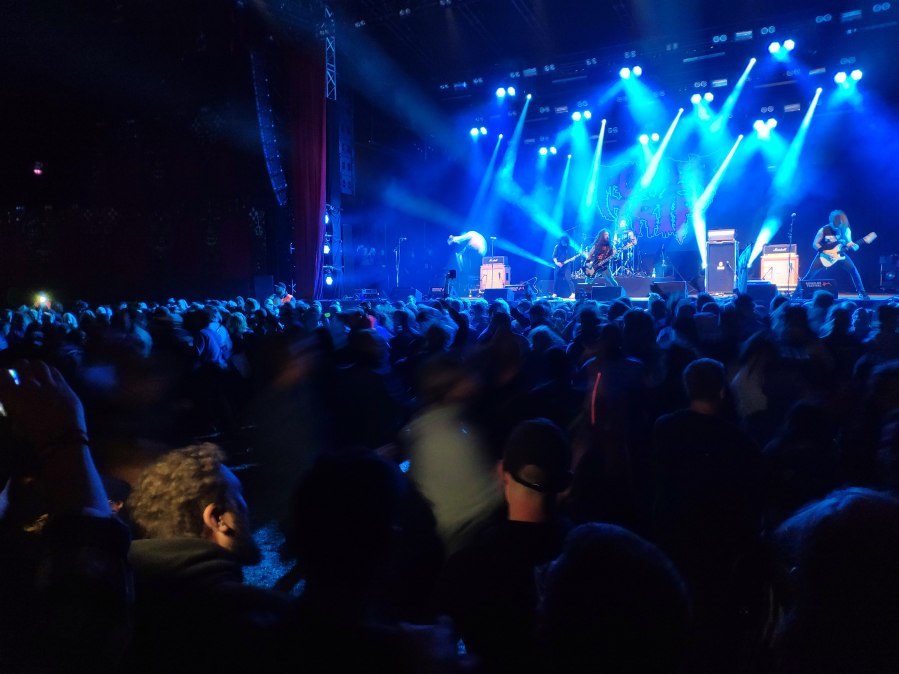 So finally I am back with the Blog. Your local concert announcer has been resting in the summer, put its time to take up the challenge of starting again.
And the end of summer starts with a blast of a Party! Its Pride week in Copenhagen, with Rainbow flags everywhere. There is no end to who that wants to be part of the show. It is culminating on Saturday, with the big March to Rådhuspladsen.

If you think its a bit to much with the commercialism, you can join the Capitalism free Pride in Nørrebro.

Most of the Concerts Venues are still on summer pause, but there are many festivals taking place. By the start of September everything should be back to normal. But the Flee markets are starting up again.

Franklin Zoo is a Danish Stoner band and The Sledge is warming up. It’s a free concert at Byhaven, so drop by and check it out.

Kill Town Death festival is taking place in September, but here is already a Warm Up for you at Pumpehuset.  Australian Eskhaton, spanish Altarage and local Ascendenc are performing until your ears are bleeding.

If you miss the good old days with Bob Marley, you can get a fix of the Original legendary The Wailers. I have a ticket and is going to Kingstown, Jamaica prepaired for dancing to the slow rhythms a few hours at Docken in Nordhavn.

In Pumpehuset there is a new festival: Blossom, is taking new upcoming Blossoming 😉 bands up, and gives them a chance, It’s a mixtue og genres, so you have to be prepared for everything from Electronic to Hip Hop and Neo Punk.

Operaen in Christiania is not closed for summer, and this Friday there is a Boggie Soul Night featuring Abdullah S and Melissa Inya. So polish up your dancing shoes, and get moving. Cash only

In Ungdomshuset D61 in Nordvest there is another Punk Concert with a Canadian and Two Swedish bands. PHANE (can) GENÖME (Malmö) ANOTHER DAY GONE (swe). Remember Cash and Ear Plugs

Grandmaster Flash is called the Godfather of Hip Hop, although he was not the first. But he brought iHip Hop to the radio, and have some legendary hits on Bill. And now he is at Amager Bio, and there are still tickets left.

The Festival season is far from over and at Refshaleøen, You can find the Foxtail Festival, with Bluegrass, Country, Hillbilly and American Folk. Refshale means Rævs hale = Foxtail, so the name and the venue suits each other!!! 😀 There is a happy hour on the entrance from 3 – 5 PM, so its 2 for 1 price. Entrance is 150 kr.

In Valby you can find Underwerket, and they have another punk Rock event on this Tuesday. Baby’s Blood (Fin/US) is “Unpolished HC Punk with a greasy Garage Rock vibe to it.” Zoketes from spain are also on the bill a long with local Careless drinkers.