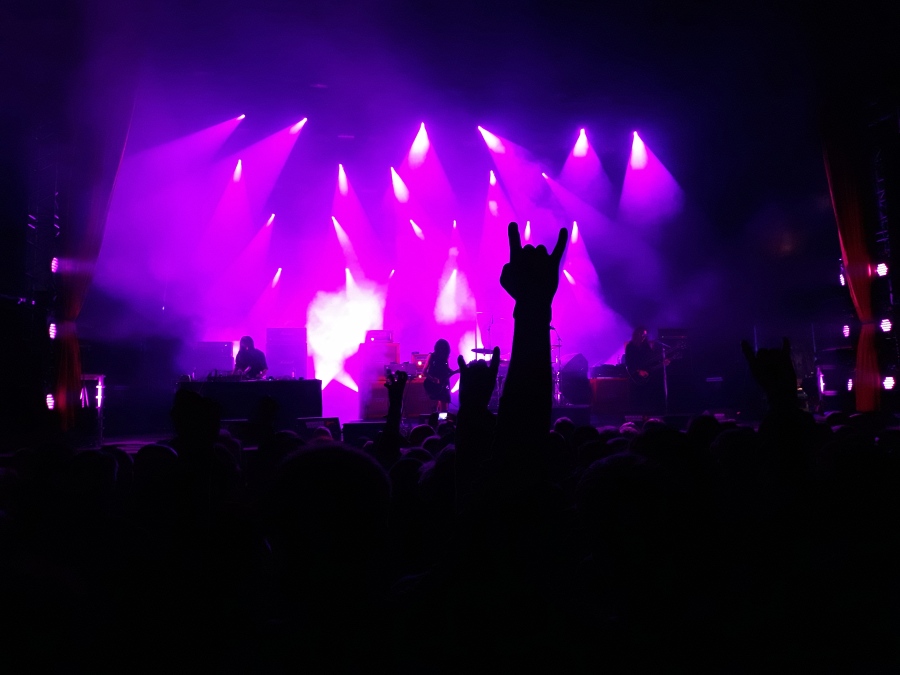 The weather is playing tricks on us. This time last year, it was freezing like Hell. But now you can sit outside with your Coffee or your Beer. Climate Change is coming.
And its time for Fastelavn on Sunday when the Kids (And the parents) are dressing up In all sorts of Costumes. Ungdomshuset are inviting for Beating the Cat in The Barrel, and At Trampolinhuset they are also inviting Refugee Kids, to learn the Barbarian Danish Medieval traditions.

And Friday it is the 12 years day for the Eviction of the Old Ungdomshus at Jagtvej 69. There is a demonstration leaving the new house at Dortheavej 61 around 5 pm. I don´t know where it is ending yet, so have your ears out. There will be Street Partys in the night, and Ground 69 could be a good spot to make a night party.

Tuesday 26th
Swedish Siena Rot are coming to Lygtens Kro. It sounds like something taken from the 60´s psychedelic scene. With an old Hammond Organ and they also have a old school tape recorder on stage.

Lost Under Heaven are from Manchester UK, and it´s both Rock and Post Punk, with a very characteristic voice. They are working on being the next big thing from UK, and I hope they will succeed. It has been a long time since we have had good news from Great Britain.

Wednesday 27th
Its not often that we have real old school Country in Copenhagen. But here they are: The Mavericks at DR Koncerthuset. They are from the US South States and, also have som mariachi hornes. And I think there Logo with the Skull is pretty Cool.

Thursday 28th
Hip Hop på Børneren, is at Christiania Jazzclub in Pusher Street. Its the very new kids, that are trying out there appearance, for the first time on a stage. And it´s funny and Life Joy, to see it.

In another part of Christiania, Loppen are inviting for Nico and Velvet Undergrund inspired Emma Ac and her very slow and calm disturbing music. Music for not being in a hurry. She´s supported by Post Punk Hollow and Rocky Top

Hatesphere is Trash Metal right down your Gut. The Danish band is for at short visit at Hotel Cecil, before they continue the European Tour. The are supported by two upcoming bands, Fighting to the edge of the Night.

Friday 1st march
Punks Undead has been going a long time at Underwerket in Valby. This Friday they are presenting Another Day Gone (Sweden) // Razorblades (DK) // The Nimbwits. The entrance is Cheap, The Beer is not expensive, and you get some Old school HC / Crust Punk in your ears. Remember ear plugs!!!

It is not often that we get Music from Egypt, but you can find it at Alicecph with Maurice Loucas Elephantine Band. Its almost Hypnotic Jazz improv. He is also coming to Roskilde festival this summer.

Its only Three weeks since I Saw Hodja at Lygtens Kro, and now they are back for another Concert in Copenhagen. Operaen has them with their energy filled Trashy Blues Rock with the strong Voice of Angeryman in front.

Klub Luk Røven are a new Club, taking place at Råhuset, Vesterbro. They start of with The Preachers and 0%. So its Garage Rock in your ear right now. Sounds good in my ears.

Bodega is not a name, that give me an idea of Talking Heads and B 52´s like Post Punk. But The US band is actually a good inspiring band, and plays quite simple music. They are at Stengade in Nørrebro.

I don´t know what to think about Iceage. I think they have made some really good Records, very inspired by 1980´s sound of Gun Club. But the only time I saw them live was at Roskilde Arena stage, and The stage was to big, and it became to much teenage emo like. But They are at Vega this evening, and it is not sold out.

Loppen has two days of Doom Metal Festival on the Programme with Nocturnefest. 3 bands at night – Bang your Head to Saturnus, Solstice, Hadron and more. Saturday Night sounds best.

Saturday March 2nd
Brazilian Cumbia is the Hot Shit right now in world Music. Hijo de Cumbia is using Electronics and a bit of Dub Step in his music. Its at Alicecph, and you can be sure of an evening filled with explosive dance music.

Bolsjefabrikken har a festival going on. I cant find much information about it. Saturday is seems to be Soundsystems and Dub and Sunday it is more like Drum´n Bass.

Lydmor is just continueing to get more and more popular, with her Electro Pop. Now she is at the Big hall at Koncerthuset. And I dont like sit-down Concerts. But all her concerts get sold out, so here is a chance for you to buy a ticket, and see the Rising star.

There are a Rumour that the 1990´s Danish Soul Band Gone Fishing are playing at Christiania Jazzclub. If it is right then you are in for a good concert, and you don´t have to smoke dope to get stoned by being in the room. But its only a Rumour, so you have to drop by, to see if they are actually playing.

Forbrændingen is going on with there Front Women only Policy. This Saturday it´s with Nikoline. Who is, the most interesting, aggressive, provocative women on the Danish Rap Scene Right Now. I think she is a Heroine.

The day after the demonstration Ungeren has another Punk evening: Wolfblood (Cph) //Powerface (Sweden) // Direct Youth (Cph) are here for some Hard Core Punk, Cheap warm Beer, Smoking cigarettes. Its at Dødsmaskinen, so remember cash and earplugs.

If you like to listen to a good Metal Bass Guitar you should drop by at High Voltage. Altitudes and Attitude are the two gentlemen David Ellefson and Frank Bello from Megadeath and Anthrax.

The Californian EMO rapper Paris, are for the first time on Stage in Denmark. Its a late night Concert at Rust.

For Balkan vs Swing in Operaen you have to meet up early, cause there aint no presale, and it is sold out fast. Malalata (Sweden), Orchestr Partisanski and Mr. Nicolaj are ready with the entertainment.

Sunday 3rd
Ibrahim Electric have played countless times at Loppen. The Power trio are inviting you to Some Funky, Jazzy, danceable music. Loppen is often full on these evenings. So this is your Sunday Treat with Drums, organ and Guitar.

Eminem has not lived in vain: So here we have Witt Lowry, who – By my Standard – is a good Copy of the iconic Detroit Rapper. Hotelcecil is hosting the rapper, who could get a Breakthrough to the White US youth.

Monday 4th
For those who miss some emotional powerful Singer song writer music, not unlike Bon Iver, Fleet Foxes and Jeff Buckley should head out for Bremen Theatre and Australian RY X. The concert has been moved from Hotel Cecil to a bigger venue, because af the big sale of tickets.