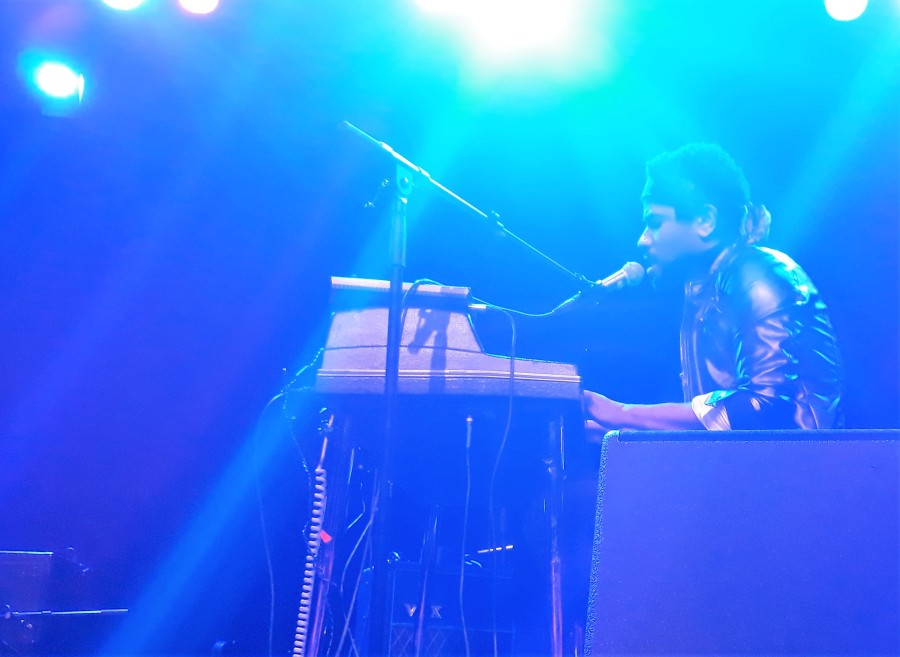 Winter depression go away, and come back another day.

We are in the middle of the Winter. Now the day have already gained 1 hour. Yes!!! We now have 8 hours off sunlight!!! And sometimes it´s snowing outside. And Next week the Winter Jazz festival is starting up with a lot of music for almost all of February. So what´s not to like.

Tuesday
For some easy going indie pop, head for Kakkmaddafukka (Another great Band name). Pumpehuset are presenting the Norwegian band who also played Roskilde 2018, and was a big success. I didn´t see them, despite the great name, but it should have been good.

Thursday
Anna von Hausswollf should be playing in a church!!! Her experimental depressing, dark music more belongs in a church, than in a concert Hall. Her latest Album was recorded in the Marple Church here in Copenhagen. But she´s in Pumpehuset .

Its long time since Lygtens Kro has had any concerts, but now they have visitors from Spain: Las Furias are playing Bubblegum Garage Punk Rock With a little bit of surf 1-2-3-4 GO!!! Supported by OhNos, from Sweden and that’s more Garage Punk.

Friday
Ungdomshuset has a two day party with Punk and Hardcore.
Black Cross is a new political festival in Ungdomshuset Copenhagen with bands from Scandinavia and Europe, DIY-culture and international solidarity.  Profits from the festival of 2019 will be donated to the Brazilian organization for the Landless Workers Movement, MST .

Behemoth is like nothing else. The Polish Black Metal band is now 27 years, and still going strong. Very controversial in Poland, for tearing up a Bible at the stage. In Vega they are supported by Wolves in The Throne Room and At The Gates. You have to join the waiting list, cause its sold out.

More Metal and Hardcore for you at High Voltage in the centre of Copenhagen. Just opposite Tivoli. Three bands are performing: Spitanger, Grusom and Hearteater!! want´s to split your spleen, and pull the hammer out of your Ear. Happy Hour 9- 10 PM

For those of you who are not fans of loud fast music, and more like warm tropical beats: Head for Operaen in Christiania.
José Carlos II & the Bambamoleque Band are Copenhagen-based, playing a fusion of Latin American music such as salsa, samba, lambada, rumba, chachacha etc, blended with funky grooves. There is also a DJ dropping by:
Dj Sergio Bedoya. No Presale. Cash Only

Raahuset in Vesterbro is a great spot for small concerts and party’s. Now they are celebrating their 9th years birthday. Velvet Volume is three sisters, and are playing Noise Rock. The lovely Beat Mermaids are DJ´s .

Sunday
Chelsea Cutler is still very young, but she can really write a catchy Electro Pop tune, and tell you everything you need to know about heart sorrow, and Feeeeeeelings. Its in Pumpehuset.

Tuesday
In Amager Bio they love Progrock!!! And now they have one the best old bands on a visit. Wishbone Ash are on a 50 years celebration tour, with a lot of guitars. And they even has Drum Solos!!! What’s not to like?

Photo: Algiers At Hotelcecil. Sorry you missed it. It´s a great band – also on stage