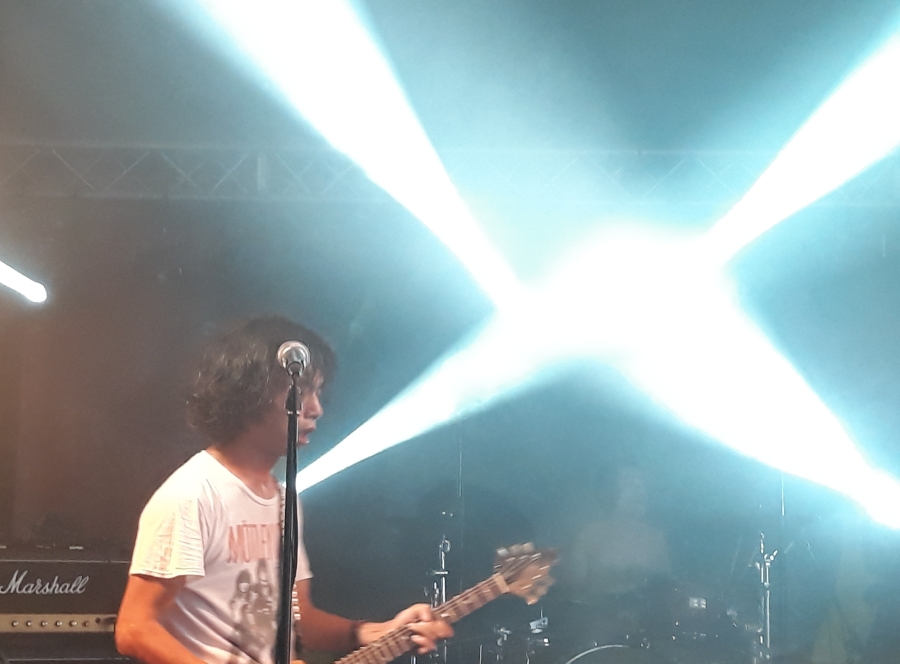 Are you ready for 2019? We say goodbye to 2018 and hello to another year. Not because you will feel any different. After all its just a social construction. But we can just as well enjoy the party, and the fireworks, now that its here. So lets celebrate !!! 😀 😀 😀

Friday
Last show of the year in Ungeren. And not surprisingly its a punk show. Melting Walkmen are Synth Punk and Chainsaw eaters are post punk. What ever the difference is? But Chainsaw Eaters are one of the most disturbing band names. The Images I get in my head. Remember Cash.

Last show of the year in Ungeren. And not surprisingly its a punk show. Melting Walkmen are Synth Punk and Chainsaw eaters are post punk. What ever the difference is? But Chainsaw Eaters are one of the most disturbing band names. The Images I get in my head. Remember Cash.

Saturday
Warming up to new year, you can head for Bolsjefabrikken i Outer Østerbro. Its Tung Torsdag, with a lot of old school reggae and sound systems. Dubfabrikken are also turning up, for giving you that wheat smoking ganja loving reggae music.

Sunday
Pretty maids are a pretty good hard rock act. And they are having both saturday and sunday at Amager Bio. And since the first concert is sold out, this is the extra koncert. They are supporterd by two cool bands, so there is a brilliant night in it for you here.

In Koncertkirken, Blågårds Plads, Nørrebro, The New Jungle orch. Are performing with the fantastic jazz, with notes of old folk, and a bit of world music to.

Monday – New years evening.
Its the biggest party of the year for many people. And you can party all over town. Just read on, and find a party that suits your taste:

It started as an illegal underground event, with a riot, put then the city
and the police gave in, and now its an official party. Put on warm clothing, and join the New Years party at Dronning Louises Bridge. With DJ´s and bands playing. Starts at 11 pm and is only for 3 hours.

If you are into soul, and don´t mind big blasts from homemade and illegal fireworks, then head to Operaen in Christiania, where they have DJ´s playing all night. The blast are from the steroid filled drug dealers in the street, who are having there yearly firework and bomb competion.

If you are more like the Cuban rhum drinking type, then go for the Cuban salsa party at Kedelhallen Frederiksberg. I bet they have cigars as well.

For those of you who are more into Rock´n Roll, the place to go is The Basement, next to Vega, Enghavevej, Vesterbro. One of my favorite bands, Baby in Vain are playing, with De høje Hæle. Off course the DJ´s come later, but this is in fact a real concert this evening.
Also at High Voltage they have a rock party, with a band playing. Junkyard Drive are performing and are taking you into 2019.

For the Techno fans, you can head for Islands Brygge, and CPH Deeps rave, with a lot of DJ´s . It goes on until 8 AM.
Another more conventional Techno party (and cheaper), is at Culture Box, who have also invited a lot of DJ´s and keeps on going to the late sun rises. I dont know which of the is the best, so you have to check out the Djs .

Tuesday
Everything is quiet. Its one of the busyist days for the fastfood shops. Happy Hangover. 😉